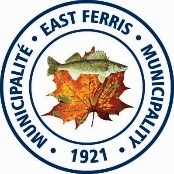 The Municipality of East Ferris welcomed the Chief of Antoine First Nations and the Mayors and Chief Administrative Officers from the municipalities of Mattawa, Mattawan, Papineau-Cameron, Calvin, Bonfield, Chisholm, Powassan, Nipissing, Callander, and North Bay to discuss the increased need for fast, reliable and affordable internet and e-connectivity for our citizens and businesses.  Also, in attendance were representatives from Blue Sky Net whose mandate, in part, is to provide assistance and service including facilitating network expansion to the Northeastern Ontario region.

Internet speed in our rural communities has been confirmed as substantially lacking as reported in Blue Sky Net’s recently published report titled The Speed of Northern Ontario Broadband.  “Once you remove the five large urban cities in Northern Ontario from this data, you find that over 50% of properties still have less than 5 Mbps service” said Pauline Rochefort, Mayor of East Ferris. Overall, the municipalities are concerned that funding applications to the Improving Connectivity for Ontario (ICON) funding program was severely over-subscribed and that the Federal Government has yet to announce funding in support of the ICON fund.  More so, there is concern that our Nipissing voice will be lost in the sea of expressions for improved internet currently stemming from every region and province across Canada.

“At today’s meeting, we explored what we can do at a local level to encourage and support the deployment of internet in our communities” said Rochefort.  Mayor Rochefort further stated that “It is understood that the solution to this problem lies in all stakeholders working together to include citizens and businesses, telecommunication companies and all levels of government.” The municipalities united in calling for the re-instatement of the northern economic development agencies (FedNor and NOHFC) in the delivery of internet funding in Northern Ontario and they encouraged citizens to raise their voice in support of funding for improved internet.

Learn more about broadband and internet service in Northern Ontario at ConnectedNorth.ca

Learning about what high speed services are available or what type of service is needed aids in planning projects to fill in gaps in service or to upgrade service.